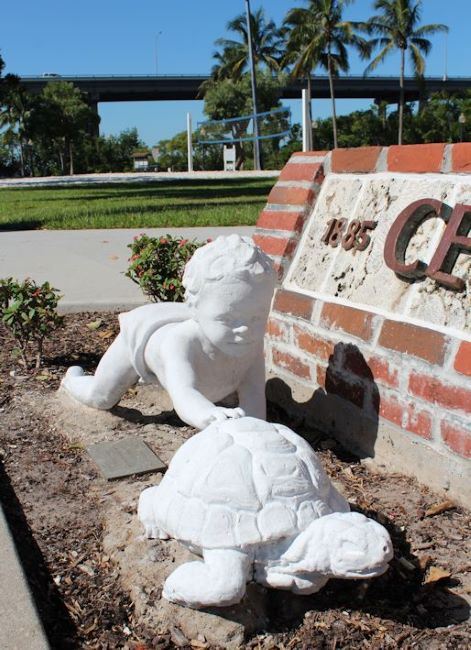 Centennial Park is Fort Myers’ beautiful ten-acre community park located on the scenic banks of the Caloosahatchee River. You can’t miss the entrance. It is demarcated by a red brick bordered sign. At the sign’s base is a white marble sculpture called The Great Turtle Chase. Dedicated in 1990, it was cast by D.J. Wilkins, who former mayor Art Hammel once proclaimed as “the official sculptor of Fort Myers” because of the numerous (23) representational sculpture he has created for the city over the years.

“When we built the Centennial Park sign,” Wilkins reports, “I was looking for a symbol to represent the change of centuries and settled on this. The baby symbolizes the new century coming in and the turtle represents the old, outgoing century.” According to Wilkins, the baby and turtle are made from a composite consisting of 30 percent acrylic-modified polyester resin and 70 percent four-blend ground marble. 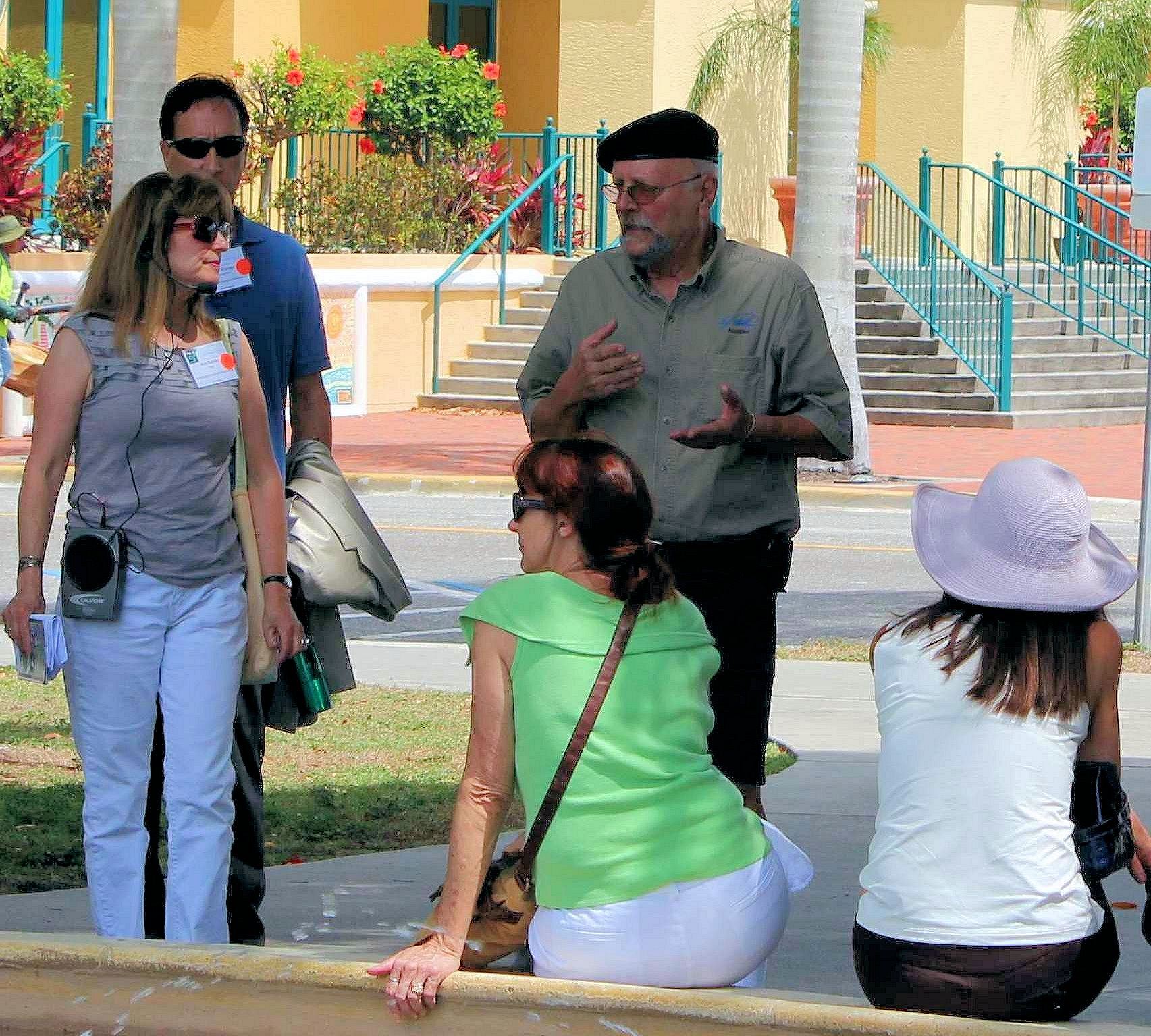